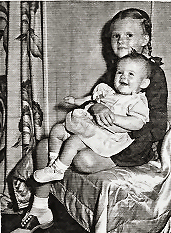 Barbara loved to share stories about our experience with the angels.
Here is one of her classic tales of what happened during our spirit awakening:

Once upon a time there were two sisters who lived in far away lands. One sister lived in the land called Connecticut. The other sister lived in a land called California. Both sisters were troubled because they felt they had special work to do, but they had no idea what it was. Every day they would kneel down beside their bed and pray to a being they called, God. They would say, “Show us the way. Show us the way. We are willing to do whatever you ask us to do, God. But we need direction. Show us the way.”

And nothing seemed to happen. Each day they would get up, say their prayer, and go about doing the things they needed to do in order to live their life.

Their feelings of discontent grew. For although they were willing to do whatever God called them to do, they could see no difference in their lives. In fact, it seemed nothing was happening at all, even though their feeling grew that something special was about to occur.

One day, while they were wondering what to do next, they decided to go to a Wise Woman who knew all manner of things. Her name was Patty and it was rumored that she spoke to divine angels and could ask them any question a body wanted to know. The sisters thought this was wonderful and ventured forward to meet this Wise Woman.

She said to them, “Ask me your questions, and I will ask your angels what the answer is.”

The sisters asked, “What is our purpose? Why are we here? What is this special thing we are to do?”

The angels answered through the Wise Woman, “Your purpose is already within you. You just don’t know it yet.” Oh, my. This confused the sisters! They said, “Please, tell us more.”

The angels answered through Patty. “You will know when you will know.”

The sisters went home, and forgot what the Wise Woman had said, for all they had become was bewildered. They did not understand and what she had said seemed like a riddle.

Weeks passed into years. Nothing special seemed to happen. In fact, it seemed as though life was more confusing than ever.

Then, one Sunday morning, when all seemed lost and hopeless and the sisters felt that nothing special was ever going to happen again, an angel woke them up. The angel said, “Get up, and I will tell you what to write for we have much to teach you.” The sisters said, no. For they did not believe enough any more. They were full of doubt. They had stopped expecting the special thing to happen. So when it did happen, they no longer recognized it
as special.

But the angels were loving and patient and kept saying, “We love you. We are here. Write what we teach. Then pass on our teachings to everyone else. The world is ready to know us and through us they will learn about God.”

Slowly, the sisters began to see that the work they were doing for the angels was the special thing they were longing to do. They knew that they had found the way and that they were going to help others find the way. They still pray, “Show us the way,” and it is still happening. They write to their angels, learn more about God, teach others to also write, and are becoming more and more joyful. They have found their own personal “happily ever after.” 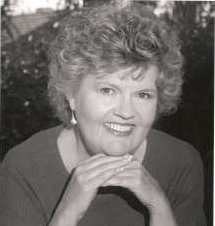 It is with a great deal of sadness that I share the news with you that Barbara made her transition peacefully late in the evening on Sunday, July 23, 2006, to return home to be with God and her beloved angels. She passed over with the knowledge of your love, healing goodness and prayers surrounding her.

Thank you for all your thoughts of love and your prayers.  Barbara lives eternally in all she touched.

My greatest joy in life has been to pass on to you all of the messages the angels wanted you to know. Sometimes I felt like a go-between heaven and earth and that was the best of all times. Today I feel like I am more on the heaven side than the earth side, but I think that must be perfect because the angels have told me over and over that there are no accidents and that going from here to there is no more than an inhale from this place to an exhale into the arms of the angels. Yet I feel sad. I guess that is because I have had such a perfect time here to work with both sides and I don’t want to leave you. I will still keep talking to you! I have no idea how many people Angelspeake has touched, but I do know that it has been a bunch. So, if I have taught any of you to talk to the other side, then ask for me to come to you. It will be my greatest reward. And if you wonder what I am going to say it is simply this. I love you. I will continue to teach you. Just ASK for me, BELIEVE I will come to you LET ME HAPPEN with a message perfect for you And say THANK YOU TO GOD for letting such a miracle occur. Please send an Angelspeake book or a copy of the seven steps to all your friends in memory of me. Nothing would be more fitting in memory of the angels who are with you. Blessings to all of you, Barbara ():-)

Barbara Mark’s profound sense of spirituality began to lead her down new pathways of communication about 15 years ago.

Writing down thoughts and feelings that she believed to be messages from angels, she took the first steps in creating a series of workshops geared for a spiritually receptive audience.

The workshops, sometimes conducted with her sister, Trudy Griswold, attracted national media attention and spawned a book, “Angelspeake: How to Talk With Your Angels.” Available in English and Spanish, the book is in its 19th printing after selling about 500,000 copies.

“Barbara was an entertaining public speaker – funny, profound, and loving and supportive to people seeking spiritual growth,” Griswold said. “Millions have learned her technique through workshops, reading our book or sharing with others. The Angelspeake message has spread all over the world.”

Before turning to writing, speaking and spiritual life-coaching as a career, Ms. Mark worked in sales and marketing, in radio and as a flight attendant. She also was a certified handwriting analyst.

“We were seekers for years,” Griswold said. “We asked, ‘Why am I here? How can I make a difference in the world?’ She got the first writing (conversations with angels) and two weeks later I received a writing from the angelic realm.”

Ms. Mark held workshops for friends in her home and in metaphysical book stores as Angelspeake established its roots. In 1994, the television show “Good Morning America” featured Angelspeake as part of a weeklong series on spirituality in America.

The following year, Simon & Schuster published “Angelspeake,” the first of four books by Ms. Mark and Griswold. Within two months, “Angelspeake” climbed to fifth on a national best-seller list for religious books.

Before her death, Ms. Mark was working on a fifth spiritually themed manuscript, “Over the River.”

“Barbara’s work was not about religion,” Griswold said. “People say, ‘They hear angels. Oh, it must be about religion.’ But it’s about spirituality, your purpose and mission in life.”

Ms. Mark, who moved to San Diego in 1988 from Sheridan, Wyo., traveled to conduct workshops throughout the world. Her last workshop was in February in New Jersey.

“I’m going to continue to carry Angelspeake forward,” Griswold said. “We have about 400 facilitators throughout the world – all denominations, races and backgrounds.”

After studying literature and public speaking at the University of Iowa, she worked as a flight attendant for United Airlines.

She later managed a radio station in Fort Collins, Colo., and hosted a radio show in Wyoming.