This is a controversial question that is being asked. Is that you in Leonardo da Vinci’s painting “The Last Supper?” And, were you Jesus wife?

It amazes me that Biblical Scholars find it so impossible that Jesus would be married. Jews have always put great importance on the family, and as a mature Jew in those days, he would be expected to have a wife. As a Rabbi, there would be no question that he would be married. It would have been extremely odd not to have been. Remember, in that part of the world at that time, many men had multiple wives, though it was not Jewish custom.

I am not going to say I was his wife for that would be an announcement that would need to be upheld, and it cannot be at this time. Eventually, found documents will show the legal aspects of our relationship, but I will say this for now. I was one of the more prominent people who followed Jesus, and supported his Mother and the other women in his entourage. Biblically, it seems that there were only a few women who walked with Jesus during his times of preaching. Several of us were “captains” of various groups who made sure that there was housing and food for the many who followed Jesus. In the Bible there is mention made of the miracle of the loaves and fishes. This story is not to tell about how the food was distributed, but more to talk of the multitudes in the ranks and how they supported each other. There were actually many women who took care of the logistics of travel for the men.  I will also say this. It would have been totally unacceptable for the male members of the group to have contact with the women. Women were kept separate from men even in the family. There had to be women to guide the women, and I was one of those.

It has also been said that I was a prostitute. What a foolish belief. And where is that written? If I had been a prostitute, I would have been sent away from such society as Jesus walked within. I would have been hidden away. I was a member of a fine society of merchants and traders and my family was remotely related to Jesus’ own. Later, in the development of the church, this story was written to keep the hierarchy more male dominated. That Mary, the Mother of Jesus, remained in such respect was simply because her miracle of Jesus’ birth could not be written out of scripture. Doing that would have negated Jesus’ own divinity.

There is much misunderstanding and controversy of how things happened, but the message of Jesus is still the same and will always be so. LOVE. Love yourself. Love each other. Believe that God loves you, and pass that love on to all who are in need of it.

Thank you for asking. Yes, it was me in the painting. I was there. Judas was not. The drama had already begun. 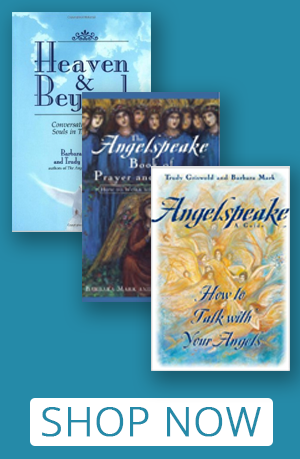